Why is Earth Day Important for Main Street Supporters? 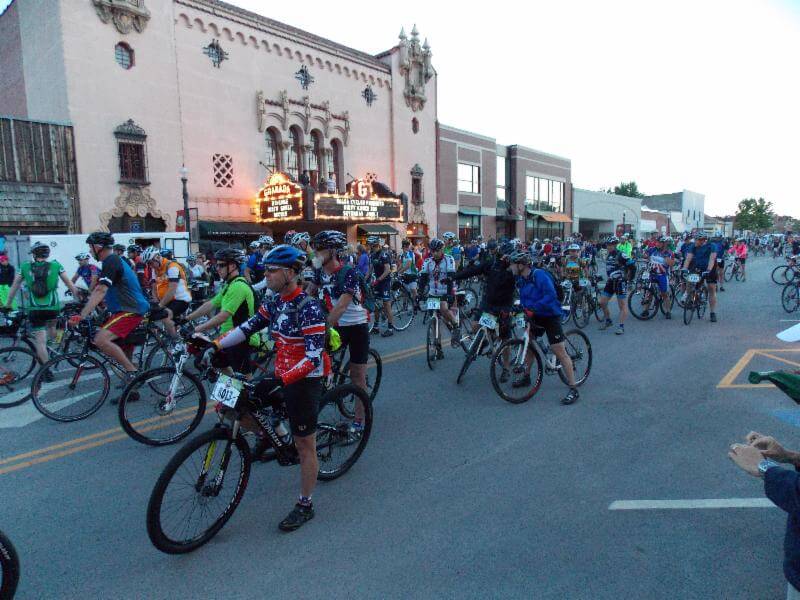 A few surprising facts about environmentalism and preservation
Earth Day is today, and I thought it was important to share some very interesting information compiled by the National Main Street Center and other entities concerning the environmental impact of the Main Street approach. Concentrating on small efforts, like individual recycling programs, remain important, but we sometimes neglect to look at the larger environmental impacts of preservation efforts. If you have a moment, please read the information below. Everyone associated with the Main Street program should be extremely proud that our organizational efforts are the epitome of "Green".

According to a formula produced for the Advisory Council on Historic Preservation, about 80 billion BTUsof energy are embodied in a typical 50,000-square-foot commercial building (just slightly larger than the old Newman Department Store building). That's the equivalent of 640,000 gallons of gasoline. If you tear the building down, all of that embodied energy is wasted.

What's more, demolishing that same 50,000-square-foot building would create nearly 4,000 tons of waste. That's enough debris to fill 26 railroad boxcars – a train nearly a quarter of a mile long, headed for a landfill that is already almost full.  How much space is left in our existing construction landfill?

Once the old building is gone, putting up a new one in its place takes more energy, of course, and it also uses  more natural resources and releases new pollutants and greenhouse gases into our environment. It is estimated that constructing a 50,000-square-foot commercial building releases about the same amount of carbon into the atmosphere as driving a car 2.8 million miles. 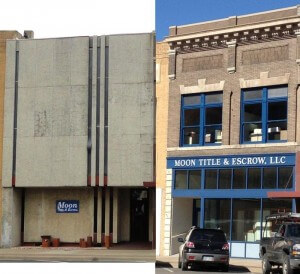 One more point: You might think that all the energy used in demolishing an older building and replacing it is offset by the increased energy efficiency of the new building – but that's simply not true. Recent research indicates that even if 40% of the materials are recycled, it takes approximately 65 years for a green, energy-efficient new office building to recover the energy lost in demolishing an existing building. And let's face it: Most new buildings aren't designed to last anywhere near 65 years.
We all know that recycling is important.  Did you know that adaptively reusing our current commercial buildings is one of the best forms of recycling?  We all know that we shouldn't throw away aluminum cans.  Adaptively reusing a typical 25 foot store front building is the equivalent of recycling 1,344,000 aluminum cans.  It would take one person drinking one six pack a day over 613 years to accumulate that many cans!   That's a LOT of resources, energy and waste saved.

A report from the Brookings Institution projects that between the year 2000 and  2030 we will have demolished and replaced nearly 1/3 of all existing buildings, largely because the vast majority of them weren't designed and built to last any longer. How much energy will it take to demolish and replace those buildings? Enough to power the entire state of California for 10 years. 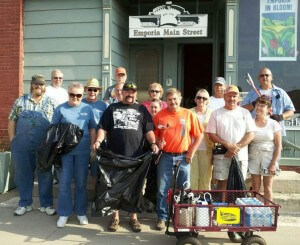 Historic Tax Credits have rehabilitated 217 million square feet of commercial and residential space in the United States over the last ten years, saving over 17 million tons of waste, 372 trillion BTU's of energy and 3 billion gallons of gasoline.  The Tax Credits saved carbon emissions in the equivalent of an automobile traveling 680 billion miles, or the equivalent of traveling from earth to the sun and back three and one-half times.

From Donovan Rypkema: "Razing historic buildings results in a triple hit on scarce resources. First, we throwing away thousands of dollars of embodied energy. Second, we are replacing it with materials vastly more consumptive of energy. What are most historic structures built from? Brick, plaster, concrete and timber, among the least energy consumptive of materials. What are major components of new buildings? Plastic, steel, vinyl and aluminum, among the most energy consumptive of materials. Recurring embodied energy savings increase dramatically as a building life stretches over fifty years."
Construction debris currently account for 1/3 of all solid waste in the United States.

It's often alleged that historic buildings are energy hogs – but in fact, some older buildings are as energy-efficient as many recently-built ones. Data from the U.S. Energy Information Agency suggests that buildings constructed before 1920 are actually more energy-efficient than buildings built at any time afterwards – except for those built after 2000. Furthermore, in 1999, the General Services Administration (GSA) examined its buildings inventory and found that utility costs for historic buildings were 27% less than for more modern buildings.

It's not hard to figure out why. Many historic buildings have thick, solid walls, resulting in greater thermal mass and reducing the amount of energy needed for heating and cooling. Buildings designed before the widespread use of electricity feature transoms, high ceilings, and large windows for natural light and ventilation, as well as shaded porches and other features to reduce solar gain. Architects and builders paid close attention to siting and landscaping as tools for maximizing sun exposure during the winter months and minimizing it during warmer months. 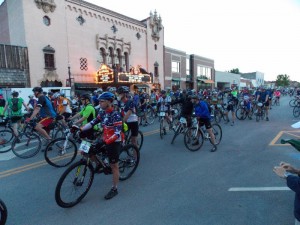 Among other things, we need incentives to encourage reuse and energy upgrades in older buildings. In the past tenyears alone, historic tax-credit incentives have sparked the rehab of more than 217 million square feet of  commercial and residential space – and saved huge amounts of energy in the process. We must insure the continued availability of these tax credits, and expand their use in older buildings that are not necessarily historic but still re-usable. Thus, the national emphasis on Historic Districts which provide tax credits for historic buildings and those buildings that contribute to the aesthetics of a historic district in some way but do not qualify as a historic property on their own.

Community cores encourage density, walking, biking and have inherent ecological advantages.  Ideally, downtown locations produce a system where people can live close to where they work, shop and play.  That close proximity means a lot less driving, which is great for the environment.  Think about it: if everyone could reduce his or her daily driving by just ten miles per day, and the average US car gets 21 mpg and their are 190,000,000 drivers in the U.S.- we could save 33,023,809,524 gallons of fuel per year.  And, because people in the Flint Hills Region already spends over twice as much of their budget on fuel as the national average, we would have a lot more money available for spending on other types of goods and services that boost our local economy.

Additionally, each gallon of unleaded fuel contains 19.643 pounds of CO2, which means that drivers in the United States reducing their driving mileage by just 10 miles per day over a year would prevent648,686,690,479 pounds of CO2 from entering our atmosphere.  You read that right: 648 BILLION pounds or 324 million tons of CO2.

Preservation plays an important role in entrepreneurship.  From Donovan Rypkema: : "85% of all net new jobs are created by firms employing less than 20 people. One of the few costs firms of that size can control is occupancy costs/rents. In both downtowns but especially in neighborhood commercial districts a major contribution to the local economy is the relative affordability of older buildings. It is no accident that the creative, imaginative, small start up firm isn't located in the corporate office "campus", the industrial park or the shopping center – they simply cannot afford the rents there. Older and historic commercial buildings play that role, nearly always with no subsidy or assistance."

Lets celebrate Earth Day today and every day!  Lets remember that although picking up trash and recycling is very important to our future, we need to go beyond those efforts.  Preservation and creating more sustainable communities that use less energy by their very design result in major environmental benefits.  Pick up trash and recycle, but also talk to your elected leaders about creating density, keeping greenfield areas green, promoting walkable/bikeable communities, preserving buildings and supporting our community core.  We can't consume our way to a sustainable planet, but we can change our behavior to support a greener future.