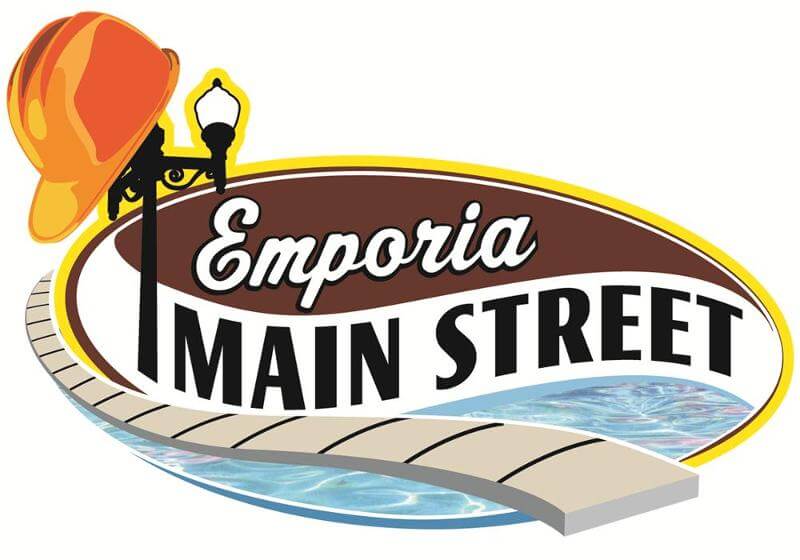 Some downtown street improvements are complete, a side street enhancement is under construction, and a large street resurfacing project is on the way. City of Emporia Public Works recently finished up “chip and seal” improvements on several side streets in the downtown area. If you have been by the Emporia Main Street office lately, you have seen the construction taking place on the north side of the building adjacent to 8th Avenue.

FIRST, WE HAVE AN IMPORTANT UPDATE FROM THE CITY OF EMPORIA ON THE COMMERCIAL STREET AND 6TH AVENUE RESURFACING PROJECT THAT STARTS MONDAY!!!-

“The City’s street contractor will start the resurfacing of K-99 Highway/Commercial Street from BNSF Railroad to 12th Avenue and US-50 Highway/6th Avenue from Neosho Street to Mechanic Street beginning the week of Monday, September 13, 2021 through November, weather permitting. The project will consist of milling, asphalt overlay and pavement marking along the portions of 6th Avenue and Commercial Street listed above.
We ask that drivers be attentive to the project traffic control, project detours, and proceed with caution in the work zone.

Please contact City of Emporia Engineering Department if you have any question at 343-4260.”
The downtown Commercial Street and 6th Avenue resurfacing project will start between 12th and 8th Avenue, move to the section between 8th and 6th, then skip over 6th Avenue to work between 6th and the railroad tracks, and finish up on 6th Avenue. During the process, parking will need to move out of the impacted areas during the resurfacing timeframe, and obviously through traffic will be impacted during construction.

The 8th Avenue project will accomplish a few different things: First, the sidewalk on the south side of 8th Avenue will be expanded. This is important because the parking lot at the 700 Block of Mechanic is one of the largest lots downtown and often serves as parking for 800 Commercial Street event venues (the Granada Theatre and the Emporia Arts Center) and for a host of downtown events that generally take place on Commercial Street or the adjacent side streets. Second, the parking on the south side of 8th Avenue will be converted to parallel parking. Although we are typically a fan of angled parking, the conversion to parallel parking allows for wider sidewalks and for easier types of area support. When the Granada Theatre has a big event with a tour bus, we can park them on the side street and (if needed) plug them into our building. In a non-Covid year, carriage rides can be launched from the parallel area. For side street related events, booths are more naturally oriented to the street in a parallel configuration. The final thing that the rehab will marginally impact is drainage. Curbing in the area can more effectively channel water flow. This type of rehab may encourage future upgrades in other areas if it proves effective.

Street resurfacing typically takes place downtown every seven to eight years. This process on Commercial Street and 6th Avenue requires the removal of the upper layer of pavement on Commercial Street and on 6th Avenue. Once the upper layer of pavement is removed, a new layer is placed. Street lines and parking stall likes are repainted, and some other basic upgrades may accompany this type of improvement. Commercial Street also serves as KS 99 Highway, and the street receives a lot of traffic. The state designation allows for some additional funding types to keep this vital transportation conduit in good shape.

There are some additional construction projects that are potentially occurring over the next several months. As projects are slated that may disrupt normal business routines, we will do our best to communicate with local businesses and property owners.